MAP05: Computer Station is the fifth map of NeoDoom. It was designed by Daniel Lemos and uses the music track "". The par time defined in MAPINFO is 1:30. 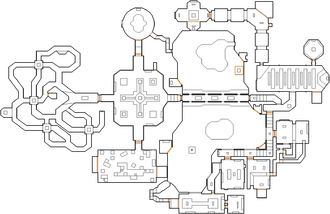 * The vertex count without the effect of node building is 1558.