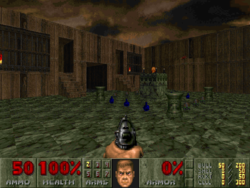 MAP05: Imp Madness is the fifth level of The Abyss. It was designed by J.M.P van Waveren (MrElusive), and consists of numerous spiral staircases, including an early "room-over-room" effect using lifts.

This level also introduces switch puzzles, where the player must manipulate floor heights to create stairs to reach a key. The name "Imp Madness" is likely due to an imp teleporter trap before the yellow key puzzle room, plus the large number of imps in the level.

"Switch it together."
― ABYSS.TXT [source] 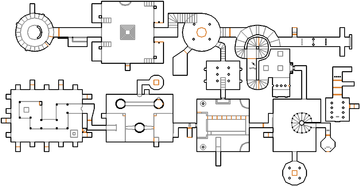 Map of Imp Madness
Letters in italics refer to marked spots on the map. Sector numbers in boldface are secrets which count toward the end-of-level tally.

* The vertex count without the effect of node building is 1537.