MAP05: Outpost is the fifth map of Vile Flesh. It was designed by Gwyn Williams, who also composed the level's untitled music track, which is also used in MAP19: The Pillars. 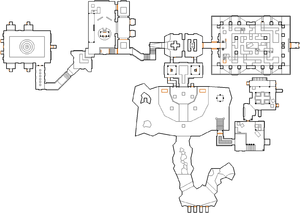