MAP05: The Citadel is the fifth and final map of Epic. It was designed by Alexander S. (Eternal) and uses the music track MM_01, originally composed by Rich Nagel (Weeds) for Daedalus: Alien Defense. 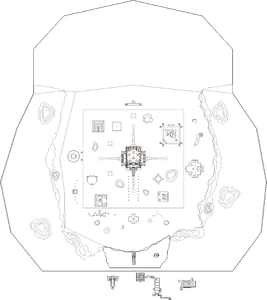 * The vertex count without the effect of node building is 9020.