MAP06: Central Command (Number One Kill The Next Generation)

MAP06: Central Command is the sixth map of Number One Kill The Next Generation. It was designed by Angelo Jefferson and uses the music track "". 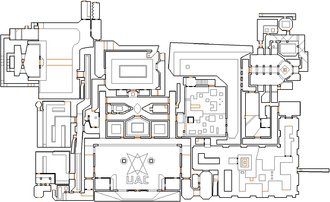 * The vertex count without the effect of node building is 2027.