MAP06: Gateway Lab is the sixth map of Hellbound. It was designed by Zoltán Sófalvi (Z86) and uses the music track "Death's Bells," originally composed by L.A. Sieben for TNT: Evilution. 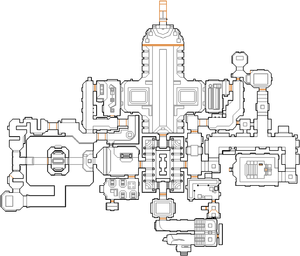