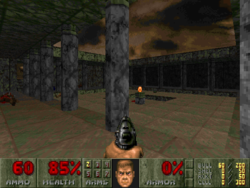 A yellow key tempts the player.

MAP06: Not Level is the sixth level of The Abyss. It was designed by J.M.P van Waveren (MrElusive), and consists of a central elevator shaft that the player can control manually to reach different floors. The map's name is a pun on its rooms not being "level". 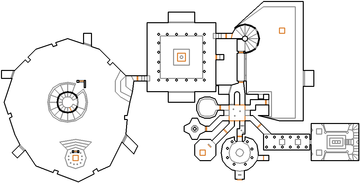 Map of Not Level
Letters in italics refer to marked spots on the map. Sector numbers in boldface are secrets which count toward the end-of-level tally.