MAP06: The Stand is the sixth map of Boomtown. It was designed by Scott Bardy (Birdman) and uses the music track "". 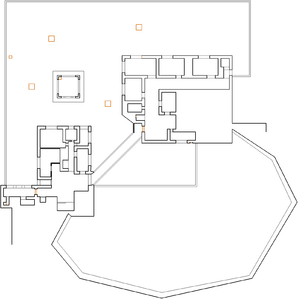 Map of The Stand, cropped to only show the playable area
Letters in italics refer to marked spots on the map. Sector, thing, and linedef numbers in boldface are secrets which count toward the end-of-level tally. 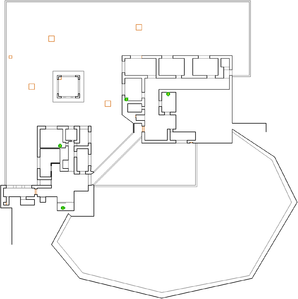 Map of The Stand, with spawn points

* The vertex count without the effect of node building is 412.