MAP06 is the sixth map of Dystopia 3. It was designed by Anthony "Adelusion" Czerwonka and Iikka "Fingers" Keränen and uses the music track "". 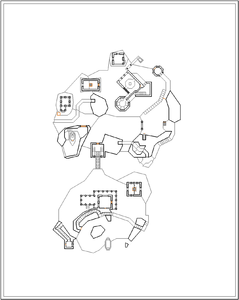 MAP06 is a showcase of Keränen's signature style: varied buildings, psuedo-3D bridges and big monsters in small places. Having landed on one of two monster-infested islands, your objective is to escape via a boat moored at the other island.

Get off the boat that you are on. Kill the imps on the landing area and the shotgun guys and chaingunners (not on Hey, not too rough and below), then head into the cave in the northwest of the landing area. This leads you up several flight of stairs and ledges, where the shotgun guys and chaingunners were on earlier. Grab the chaingun and put it to good use.

After climbing the stairs and ledges, you will arrive at the top of the first island. Over here, there are two buildings: a brick building to the north, and an ornate stucco building in the west. Take out the imps in front of you, and be careful of the mancubus between the buildings (not on Hey, not too rough and below). You should also take out the shotgun guy or chaingunner peeking through the bars in the brick building. There are two things you need to do open up access to the northern island: collect the blue keycard and raise the bridge.

To raise the bridge, head around the stucco building to the southwest. Be careful of an arachnotron and a revenant (imp only on Hey, not too rough and below). There is a doorway in the nearby rock wall - head into it, down the steps and kill the chaingunner (shotgun guy on Hey, not too rough and below) and flip the switch in its chamber. This raises steps to the central stucco building. Head back up to the top and enter the stucco building from the newly formed steps. Clear the perimeter of imps, then head inside and kill the Hell knight (Hey, not too rough or lower), mancubus (Hurt me plenty) or two mancubi (ultra-Violence and above). Collect a box of shells, megaarmor and berserk pack, then flip the switch.

To collect the blue keycard, head into the brick building from its west side and ride the platform down. It will drop you in close proximity with up to three demons - the berserk pack will come in handy here. As you head out the doorway at the bottom, watch for up to two shotgun guys waiting in ambush beside the doorway. Head around this rock outcrop to find the blue keycard. Ride the platform in the stone building back up.

The bridge to the north is raised, and you have the blue keycard. Dispose of the two shotgun guys (two chaingunners on Ultra-Violence and above), then kill the spectre or two that approaches from the building across the bridge (demon on Hey, not too rough and lower). Head through the blue door ahead.

As you head through the blue door, you will alert an arachnotron (not present on Hey, not too rough and below). You will also be ambushed by an imp from the rear left (revenant on Ultra-Violence and above). Get the two monsters to infight, if possible. You can even get the mancubus (cacodemon on Hey, not too rough and below) beyond the bars in the east to contribute to the infighting; however, you should probably kill it first before progressing the rest of the map.

Next, head to the southeast of this area, where there is a slime river. Kill the imp, that head into the slime river and head east into a set of caverns. You will drop off two waterfalls and encounter up to three zombiemen. Carefully drop off the second one so as not to overshoot the ledge in front of it, kill the imps nearby with your berserk fist, then head up the ledge in the northeast. This ledge terminates in a small area with a mancubus, so be prepared.

Get on the small platform and flip the left switch to raise it. You will arrive on the other side of the bars you saw earlier. Head along the narrow ledge in the northeast to the green building and kill the Hell knight (imp on Hey, not too rough and below), and flip the switch inside to unblock access to the next building.

From the narrow ledge, jump off to the west to land in a lower area with a red building. Mind the Hell knight (baron of Hell on Ultra-Violence and above) down here. Enter the red building from the northeast. Equip your chaingun and mow down the imps in the first room. Head up the stairs and do the same to all the former humans on your way to the top. In the last room, there will be a chaingunner (shotgun guy on Hey, not too rough and below) and up to three demons. Grab the yellow key in the northwest, then head back down.

Head around the red building and go west, being careful of the mancubus in the west, the arachnotron in the small stucco building and the imp on the floating platform. Open the door and kill the shotgun guy or chaingunner behind it, then take the platform down. Use your berserk fist to punch out up to three shotgun guys, then prepare to kill a mancubus at the doorway (imp on Hey, not too rough and below).

Notice a slime channel heading south, then jump down into a lower area with a baron of Hell (Hell knight on Hey, not too rough and below). Kill it, then find the metal strip in the northwest wall. Lower it to reveal a platform, then ride it up to an isolated stucco building with up to two revenants. Kill them and collect the red key. Before you go back down, you probably should go around the stucco building to collect an invulnerability and megaarmor, which will help you handle the finale.

Jump down and open the exit door, and prepare for a nasty encounter:

If you look around a little, you can find a number of stashes of useful items: