MAP07: Colosseum is the seventh level of Kama Sutra. It was designed by Adolf Vojta (Gusta) and Jakub Razák (Method) and uses the track "I Choose the Stairs" from Rise of the Triad by Lee Jackson.

It's a remake of my old map made originally for doom1. One of the maps I became addicted on. Thanks to Method for an assistance towards the end. 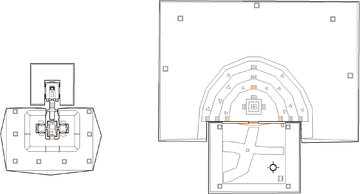 Map of Colosseum
Letters in italics refer to marked spots on the map. Sector numbers in boldface are secrets which count toward the end-of-level tally. 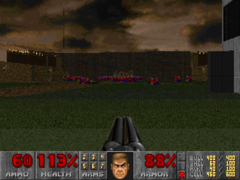 A drawsegs overflow after the cacodemon hoard has been unleashed.

A drawsegs overflow occurs in the final area.

* The vertex count without the effect of node building is 1561.