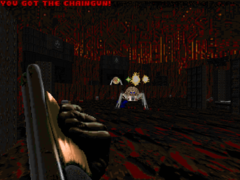 MAP07: Haymaker is the seventh map of UAC Ultra. It introduces the monster of the same name, one of the new monsters in the WAD. 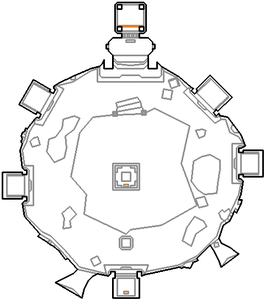 Map of Haymaker
Letters in italics refer to marked spots on the map. Sector, thing, and linedef numbers in boldface are secrets which count toward the end-of-level tally.

In this simple map, use the switch and quickly gather your weapons to tangle with the arachnotrons. When all of them are killed, some stairs will appear as well as a few mancubi. Again, kill all of them, and when you do, the north and south hangars will open. The north hangar has the haymaker, guarding the exit elevator, while the south hangar has the switch to open up the exit. Do what it takes to get rid of the haymaker, and then exit.

There are no official secrets for this map.

This map was mostly made by Super Jamie, with 40oz adding much of the sector detailing around the walls. The map is an obvious homage to MAP07: Dead Simple (Doom II), however with the order of monster encounters and Tag 666 and Tag 667 specials reversed.