MAP07: Simple Complex is the seventh map of Community Chest 3. It was designed by Matt Tropiano, and uses the music track of TNT: Evilution MAP16. 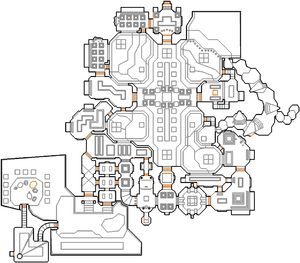 Map of Simple Complex
Letters in italics refer to marked spots on the map. Sector, thing, and linedef numbers in boldface are secrets which count toward the end-of-level tally.

This level cannot be completed in no monsters mode, as the presence of mancubi and arachnotrons is required to exit.

* The vertex count without the effect of node building is 3172.