MAP07: Slaughter Until Death is the seventh map of Obituary. It was designed by Thomas Möller and uses the music track " ". 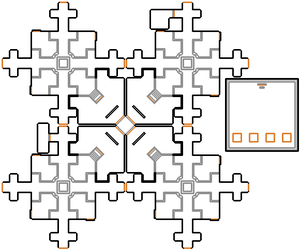 Map of Slaughter Until Death
Letters in italics refer to marked spots on the map. Sector, thing, and linedef numbers in boldface are secrets which count toward the end-of-level tally.

Sometimes one or more of the doors leading to the central area will not open when the switches are pressed, making it impossible to complete the level without cheating.