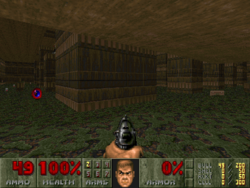 Lowering cubes in the arena.

MAP07: The Cube is the seventh level of The Abyss. It was designed by Miklos de Rijk (H2SO4), features Dead Simple mechanics, and shares a similar layout. This level is technically a beginner's trap, since it cannot be completed unless the player knows the behavior of the rising square steps. 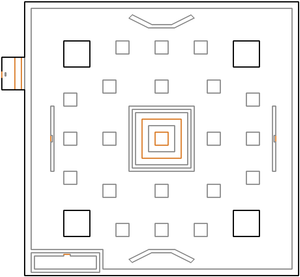 Map of The Cube
Letters in italics refer to marked spots on the map. Sector numbers in boldface are secrets which count toward the end-of-level tally.

* The vertex count without the effect of node building is 188.