MAP08: Compactor is the eighth map of Mutiny. It was designed by Walker Wright (Pavera) and Jazz Mickle (jmickle), the latter of whom composed the music track "Take these pills and be who you are." 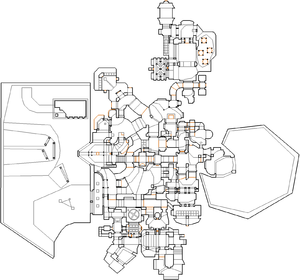 Map of Compactor
Letters in italics refer to marked spots on the map. Sector numbers in boldface are secrets which count toward the end-of-level tally.

A soul sphere (Thing 811) is in the inaccessible deathmatch portion of the map. The maximum amount of items obtainable on this map is 99%. 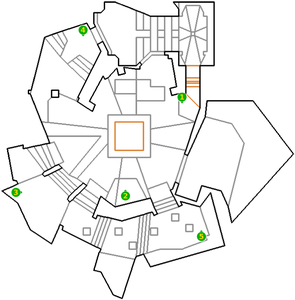 * The vertex count without the effect of node building is 3525.