MAP08: Rotting Garden is the eighth map of Judgment. It was designed by Blake Collins (Rayziik) and uses the music track "Pollutants" by James Paddock (Jimmy). The par time is 5:30. 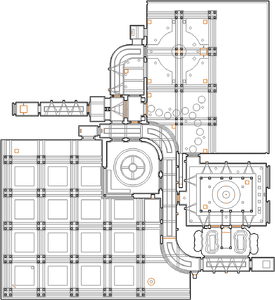 Map of Rotting Garden
Letters in italics refer to marked spots on the map. Sector, thing, and linedef numbers in boldface are secrets which count toward the end-of-level tally. 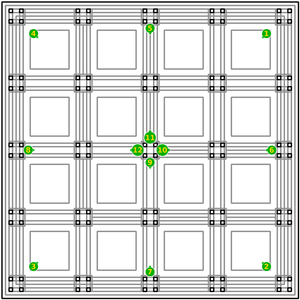 * The vertex count without the effect of node building is 6206.