The title given to this article is incorrect due to technical limitations. The correct title is MAP08: The Moon Rules #1 (32in24-8).
This level occupies the map slot MAP08. For other maps which occupy this slot, see Category:MAP08.

MAP08: The Moon Rules #1 is the eighth map of 32in24-8, a deathmatch megawad. It was designed by Devin Acker (Revenant) and uses the music track "Kitchen Ace (and Taking Names)," originally composed by Robert Prince for Doom. As part of the theme of 32in24-8, the level is based on Doom's E1M4: Command Control, originally designed by John Romero and Tom Hall. 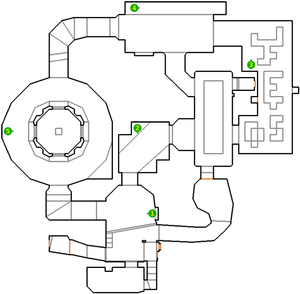 Map of The Moon Rules no.1 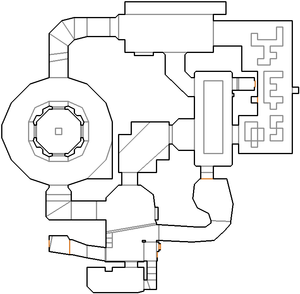 Map of The Moon Rules no.1

* The vertex count without the effect of node building is 400.