MAP08: Waste Processing is the eighth map of Doom 2 Reloaded. It was designed by Andy Stewart (eschdoom). The par time is 9:00. 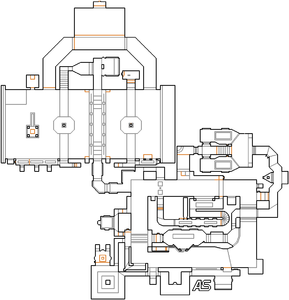 * The vertex count without the effect of node building is 1351.