MAP09: Ejipt is the ninth map of Mock 2: The Speed of Stupid. It was designed by Steve Dudzik (Lüt) and uses the music track "Transform all Suffering into F" by himself. It is an Egyptian map. 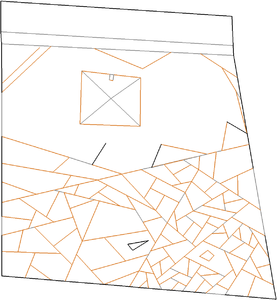 Map of Ejipt
Letters in italics refer to marked spots on the map. Sector, thing, and linedef numbers in boldface are secrets which count toward the end-of-level tally.

The entire level consists of misplaced sectors. As such, the hall of mirrors effect is rampant here.

* The vertex count without the effect of node building is 237.