MAP09: Language Barrier is the ninth map in the DMP2013Z.wad mapset of Doomworld Mega Project 2013. It was designed by Kate Fox and uses the Main Menu theme from My Little Pony: Fighting is Magic as its music track. 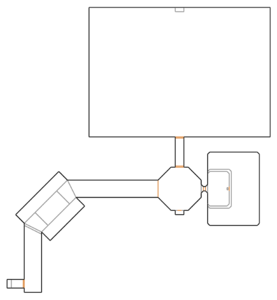 Map of Language Barrier
Letters in italics refer to marked spots on the map. Sector numbers in boldface are secrets which count toward the end-of-level tally.

There are no records for this map at the Doomed Speed Demos Archive.

This information was last verified in its entirety on June 16, 2018.