MAP09: The Citadel is the ninth and last map of The Enigma Episode. It was designed by Jim Flynn and uses the music track " ". 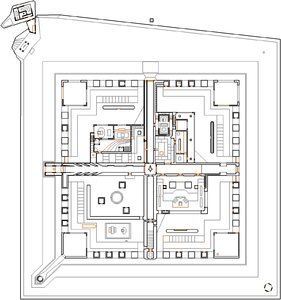 * The vertex count without the effect of node building is 2358.