MAP09 is the ninth map in the Raven Series. It was designed by Theresa Chasar. 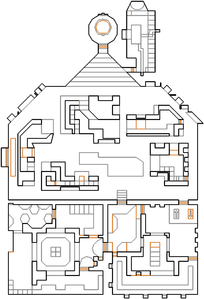 On medium and hard skills, there is a mancubus in a deep, inescapable pit in the room east of the exit. It is not possible to shoot at this mancubus, thus 100% kills is impossible on these skills.