MAP10: Conquest is the tenth map of Hellcore. It was designed by Devon West (Darkfyre) and uses the music track " ". 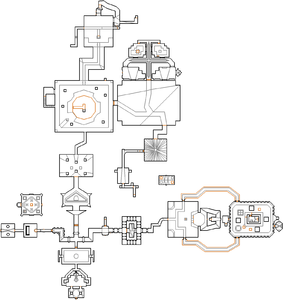 With two of the secrets being impossible to register, the maximum number of secrets obtainable is 75%.

* The vertex count without the effect of node building is 2465.