MAP10: I Can Smell Your Fingerprints All Over My Computer (MAYhem 2018: Purple Edition)

MAP10: I Can Smell Your Fingerprints All Over My Computer is the tenth map of MAYhem 2018: Purple Edition. It was designed by Jazz Mickle (jmickle) and Joshua O'Sullivan (Dragonfly), and uses the music track "Clubchip," composed by Mickle. 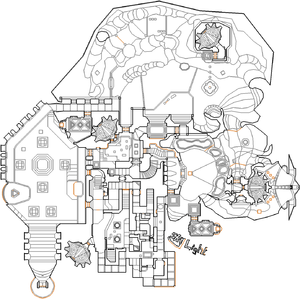 Map of I Can Smell Your Fingerprints All Over My Computer
Letters in italics refer to marked spots on the map. Sector numbers in boldface are secrets which count toward the end-of-level tally.

* The vertex count without the effect of node building is 6017.