MAP10: Veil of Blood is the tenth map of Cleimos 2. It was designed by Rand and Steven Phares.

It is a re-working of E2M6 of Cleimos. 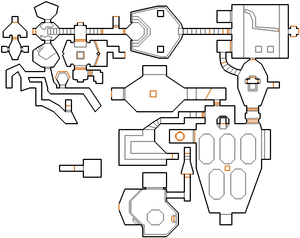 An invulnerability (thing 51) is in an unreachable closet that can only be accessed by using the no-clipping cheat. Only 87% items is possible on this map as a result.