MAP11: A Plague o' Both Your Shotguns (NOVA II)

MAP11: A Plague o' Both Your Shotguns is the eleventh map of NOVA II. It was designed by Jazz Mickle (jmickle), who also composed the level's music track, "Mint Rock Glow." 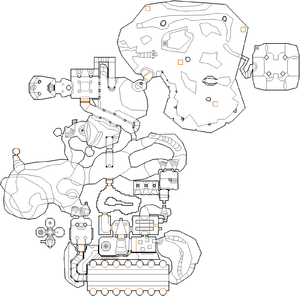 Map of A Plague o' Both Your Shotguns
Letters in italics refer to marked spots on the map. Sector numbers in boldface are secrets which count toward the end-of-level tally.

Due to the death exit in this map, it is not possible to obtain the soul sphere at the end without cheating.

* The vertex count without the effect of node building is 3258.