MAP11: Stone Tyrant is the eleventh and final map of The Darkening. It was designed by Adam Windsor (Capellan) and uses the music track "Sign of Evil" by Robert Prince from E1M8: Phobos Anomaly. 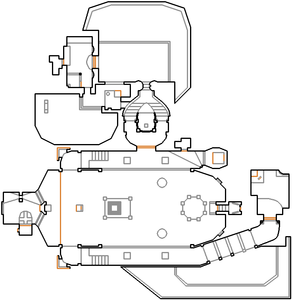 Map of Stone Tyrant
Letters in italics refer to marked spots on the map. Sector numbers in boldface are secrets which count toward the end-of-level tally.