MAP12: The Cake Way is the twelfth map of 50 Shades of Graytall. It was designed by Zachary Stephens (Ribbiks) and uses the music track "Treasures in the Dark," from STRAIN, composed by Mark Klem. 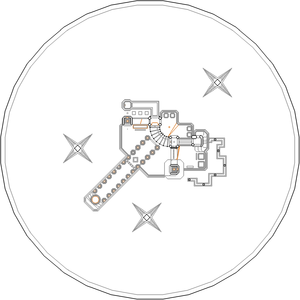 Map of The Cake Way
Letters in italics refer to marked spots on the map. Sector numbers in boldface are secrets which count toward the end-of-level tally.

This data is based on the MAP12 version in 50shades_fixes.wad.

* The vertex count without the effect of node building is 3447.