MAP13: Downtown is the thirteenth map of Doom 2 In Name Only. It was designed by Glen McColl (glenzinho). The par time defined in MAPINFO is 5:30. 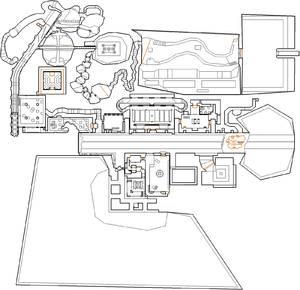 * The vertex count without the effect of node building is 4855.