MAP13: Military Base is the thirteenth map of Struggle. It was designed by Seongbae Park (antares031) and uses the music track "". The par time defined in MAPINFO is 18:00. 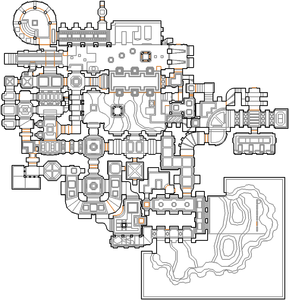 * The vertex count without the effect of node building is 6103.