MAP14: Engineering is the fourteenth map of STRAIN. It was designed by David Graves, Anthony Czerwonka (Adelusion), Rich Johnston (Nostromo) and Arthur Chang, and uses the music track " ". 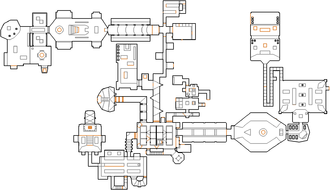