MAP15: Battleground is the fifteenth map of Revolution!. It was designed by Thomas van der Velden (t.v.). When played with the Revolution! MIDI Pack, this level uses the music track "Sappers and Moles," composed by zan-zan-zawa-veia. 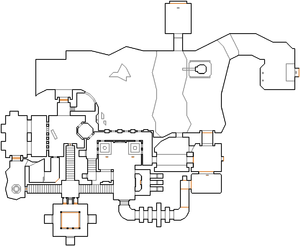