MAP15: Buntaluffigus Mountain and Generic Caps (also, Baby Jesus) is the fifteenth map of 32in24-14. It was designed by TheMionicDonut by adapting four Capture the Flag levels from previous sessions. It uses, as the music track, a MIDI version of the final boss theme from the NES Double Dragon II: The Revenge. 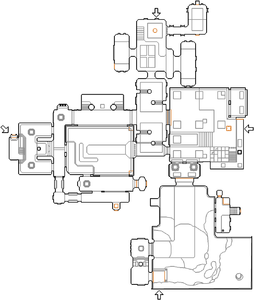 Map of Buntaluffigus Mountain and Generic Caps (also, Baby Jesus)
Letters in italics refer to marked spots on the map. Sector, thing, and linedef numbers in boldface are secrets which count toward the end-of-level tally.

* The vertex count without the effect of node building is 2328.

This level, as the rules allowed it, reuses and modifies architecture from four Capture the Flag levels from previous 32in24 sessions: