MAP15: Ile paradisiaque is the fifteenth map of 3 heures d'agonie 3. It was designed by Alexis Jeanson (Roofi) and uses the music track from the first level of Detana!! TwinBee, composed by Michiru Yamane.

"Ile paradisiaque" is a French phrase that can be translated as "heavenly island." 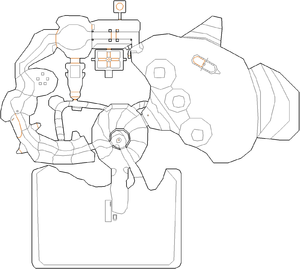 Map of Ile paradisiaque
Letters in italics refer to marked spots on the map. Sector numbers in boldface are secrets which count toward the end-of-level tally.

* The vertex count without the effect of node building is 987.