MAP17: Interdimensional Control Centers is the seventeenth map of Perdition's Gate. It was designed by Tom and Bob Mustaine. 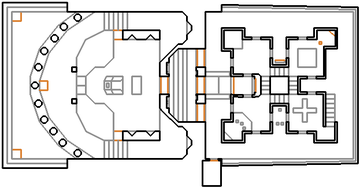 Map of Interdimensional Control Centers
Letters in italics refer to marked spots on the map. Sector, thing, and linedef numbers in boldface are secrets which count toward the end-of-level tally.

According to Tom Mustaine's website, this map was originally much larger, containing bits and pieces from MAP18: The Throne of the Vile.[1]