MAP17: Stretch Mark Labs is the seventeenth map of 32in24-10, a deathmatch megawad. It was designed by Jon Vail (40oz) and uses the music track "Super Villains," originally composed by Chris Jojo for Spider-Man and Venom: Maximum Carnage, sequenced to MIDI. 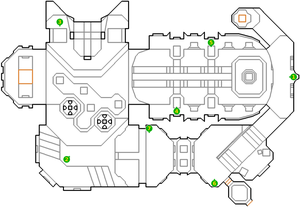 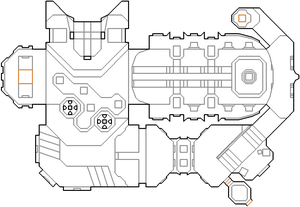