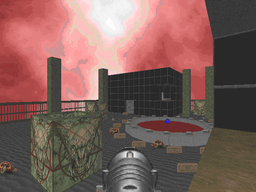 MAP17: The Black Towers, designed by Yonatan Donner, is the seventeenth map of Hell Revealed. It uses a version of the music track "Oww!!!" from Rise of the Triad that is slightly downgraded.

A small city-like area with three black buildings, each of those containing one key you will need - but all are heavily guarded. Get the weapons in the right sequence and be careful not to fall victim to the traps that await you. You will only need two keys to finish the level, but I recommend getting all three for maximum fun.

Map of The Black Towers
Letters in italics refer to marked spots on the map. Sector, thing, and linedef numbers in boldface are secrets which count toward the end-of-level tally.

Grab the rocket launcher and head out into the courtyard. There are a lot of barons of Hell walking around here, as well as revenants in the blood fountain and chaingunners on a few perches. The exit is in the northern part of the courtyard, and is guarded by arch-viles and three color bars. You only need two of the keys to reach the exit though, but one of them must be the red key. When you have the red key and another key, you can squeeze through two bars to the exit. Also, when you pick up the keys and return to the courtyard, one of the big blocks with pentagrams on them will be lowered, revealing a cyberdemon.

To get the red key, take the building that is just to the right of the exit. Inside is a spider mastermind and several other monsters. Take the stairs straight ahead and you should see the key, but will not be able to reach it yet. A path that is to the east leads to a brown room with spectres and arachnotrons. Kill them and approach the switch, but be mindful of the trap that springs when you go midway across the room. This trap drops you down with several chaingunners. Ride the trap back up and then hit the switch, which lowers the red key platform, and after taking the key, look out for the pain elementals.

Enter the building just to the left of the exit. Inside are some mancubi and a super shotgun. Picking up the weapon reveals revenants, however. Take the lift down in this room to a cross-shaped intersection with shotgun guys and a spider mastermind in the middle. The blue lights on the floor here damage you if you step on them. Head through the northern and southern doors in the intersection to find Hell knights and a switch. Make sure to press both switches before heading through the western door. If you did, you can get the yellow keycard, after kill the chaingunners and arch-viles present in the room. Also, several more Hell knights will be present in the intersection as you attempt to leave with the yellow key.

The blue key is in the building in the southwest part of the map. The first room inside has barons of Hell and cacodemons, so kill them before proceeding. Up the stairs, the door to the left has a berserk pack, but lots of demons will teleport in. The door straight ahead has mancubi and imps, enter this door and take the lift up to find the blue keycard, but look out for the trap the springs when you pick up the key.