MAP17 is the eighth map of TDUNN Series for Doom II, primarily aimed at deathmatch but also containing monsters. It was designed by Travers Dunne and Alister Dunne. 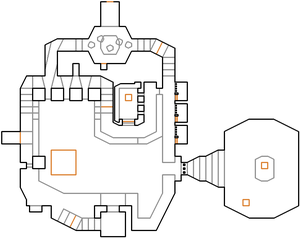 Map of MAP17
Letters in italics refer to marked spots on the map. Sector numbers in boldface are secrets which count toward the end-of-level tally. 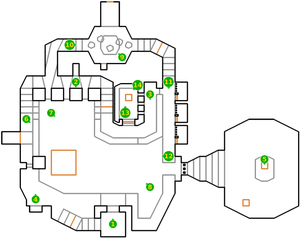 Map of MAP17, with spawn points

* The vertex count without the effect of node building is 431.