MAP18: Assault on Mount Crumpet is the eighteenth map of 32in24-14. It was designed by TheMionicDonut using architecture from five levels designed for previous sessions. It uses, as the music track, a MIDI version of "Ice Cap Zone Act 2" from Sonic the Hedgehog 3 written by Blue Fox Verse and MaliceX. 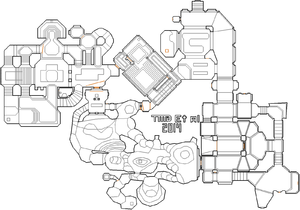 Map of Assault on Mount Crumpet
Letters in italics refer to marked spots on the map. Sector, thing, and linedef numbers in boldface are secrets which count toward the end-of-level tally.

* The vertex count without the effect of node building is 2757. 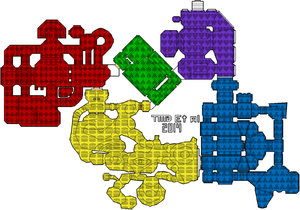 The level was created, per the rules allowing it, using and modifying architecture from five levels from previous 32in24 sessions: