MAP18: Pewter City Gym is the eighteenth map of 32in24-5, a deathmatch megawad. It was designed by Shaikoten and Blair Cahue (killingblair), and uses the music track "In the Dark," originally composed by Robert Prince for Doom II. 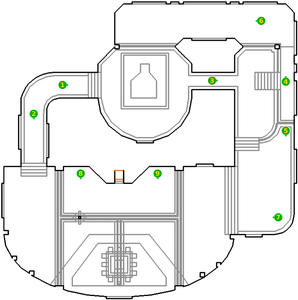 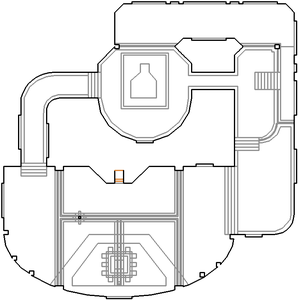 This map consists of a large, spacious area to the south and a smaller one to the north, with two connecting hallways down the western and eastern sides. Additionally raised walkway spans the northern edge, and some of the eastern edge, where it is accessed from via a steep staircase. This walkway allows access to the BFG9000, which is placed atop the large plinth in the centre of the northern room.

The southern room contains a plasma gun in a small pit along its southern wall, which is looked over by a 32 in 24 billboard. The exit switch can also be accessed from this room, with its compartment located through a door along the north wall of this area.

The map is super shotgun focused, and so most ammunition comes in the form of boxes of shotgun shells, which can be found in the south of the northern room, in the north walkway, and by the stairs to the walkway, where players can also find the green armor.

This level contains nine spawn points, all of which get a super shotgun on spawn:

* The vertex count without the effect of node building is 611.