MAP19: Hemoglobin Rig is the nineteenth map of 32in24-5, a deathmatch megawad. It was designed by Chris Kassap (lupinx-Kassman) and mid, and uses the music track "Morph Moth Stage," originally composed by Yuki Iwai for Mega Man X2, sequenced to MIDI by Don O'Breslin (Teck). 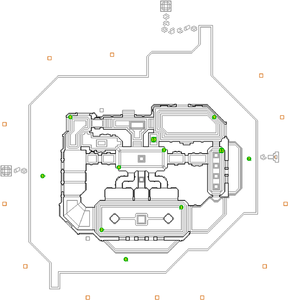 Map of Hemoglobin Rig, cropped to only show the playable area 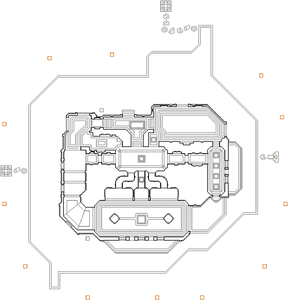 Map of Hemoglobin Rig, cropped to only show the playable area

This level contains eleven spawn points, all of which get a shotgun on spawn:

* The vertex count without the effect of node building is 1617.