MAP19: Mourning Palace is the nineteenth map of Judgment. It was designed by Blake Collins (Rayziik) and uses the music track "The Occultist," originally composed by Tristan Clark for The Realm of Parthoris. The par time is 17:00. 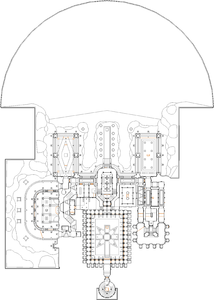 Map of Mourning Palace
Letters in italics refer to marked spots on the map. Sector, thing, and linedef numbers in boldface are secrets which count toward the end-of-level tally. 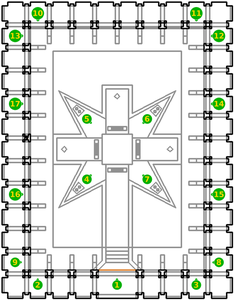 * The vertex count without the effect of node building is 10590.