MAP19: Tower of Angry Doom Geeks is the nineteenth map of 32in24-8, a deathmatch megawad. It was designed by Chris Kassap (lupinx-Kassman) and uses the music track "Nobody Told Me About id," originally composed by Robert Prince for Doom. As part of the theme of 32in24-8, the level is based on Doom's E2M8: Tower of Babel, originally designed by Sandy Petersen. 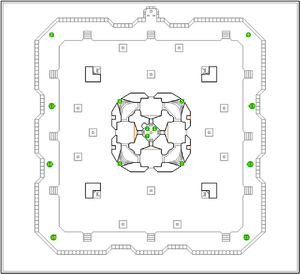 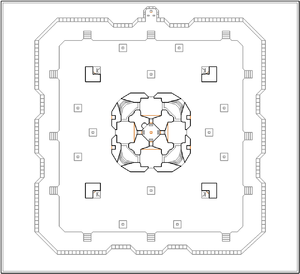 * The vertex count without the effect of node building is 1078.