MAP19: Venom is the nineteenth level of Plutonia: Revisited Community Project. It was designed by Mattias Johansson (waverider), and uses the music track "Outer Darkness" by John Weekley (PRIMEVAL). The par time defined in MAPINFO is 3:30. 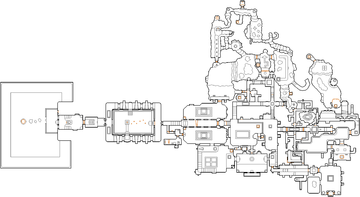 Map of Venom
Letters in italics refer to marked spots on the map. Sector, thing, and linedef numbers in boldface are secrets which count toward the end-of-level tally.

In vanilla Doom, the save game buffer overflow occurs on this level.

* The vertex count without the effect of node building is 5561.

The level was inspired by a wide selection of maps, consisting of Speed, NME, The Final Frontier, and Anti-Christ, from Plutonia. Also, Command Center and Limbo from Doom, The Path and Post Mortem from Hell Revealed, and Toxic Touch from Alien Vendetta.

The level was constructed in about a month, using Doom Builder 2. The level's music track was inspired by "The Call" from Duke Nukem 3D.