MAP19: Your Princess is in Another Fort, Asshole (Super MAYhem 17)

MAP19: Your Princess is in Another Fort, Asshole is the nineteenth map of Super MAYhem 17. It was designed by TheMionicDonut and uses the music track "Melty Molten Galaxy," originally composed by Mahito Yokota for Super Mario Galaxy and sequenced to MIDI by sonicfan113. 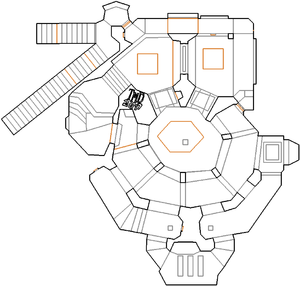 Map of Your Princess is in Another Fort, Asshole
Letters in italics refer to marked spots on the map. Sector numbers in boldface are secrets which count toward the end-of-level tally.