MAP20: The Path to Hell is the twentieth map of Speed of Doom. It was designed by Darkwave0000 and uses Heretic's E1M4 track.

This map uses a forced suicide exit at the end to reset the player's inventory at the start of the next map. 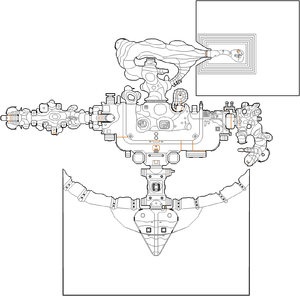 Map of The Path to Hell
Letters in italics refer to marked spots on the map. Sector, thing, and linedef numbers in boldface are secrets which count toward the end-of-level tally.

* The vertex count without the effect of node building is 5035.