MAP24: Blue Radishes with Herpes (Mock 2: The Speed of Stupid)

MAP24: Blue Radishes with Herpes is the twenty-fourth map of Mock 2: The Speed of Stupid. It was designed by Zarcyb and uses the music track "Tom's Repetitive Ripoff of Mario1" by Tom White (Hyena). 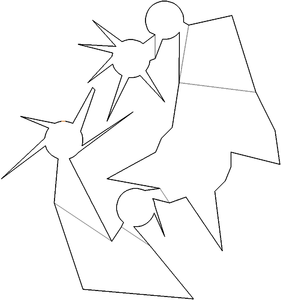 Map of Blue Radishes with Herpes
Letters in italics refer to marked spots on the map. Sector, thing, and linedef numbers in boldface are secrets which count toward the end-of-level tally.

* The vertex count without the effect of node building is 139.