MAP24: Infernew Mapping Burnout-ville is the twenty-fourth map of 32in24-17, a Capture the Flag megawad. It was designed by bonnie and uses the music track " ". 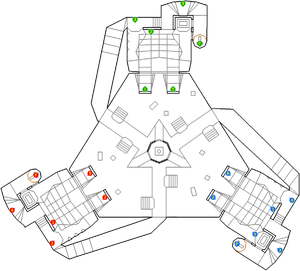 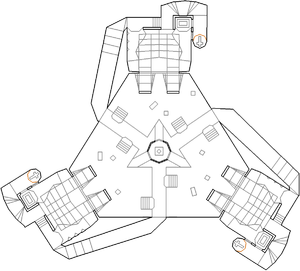 Team Blue has one spawn point more than the other teams, so the map is not symmetrical.