MAP24: Sewer System is the twenty-fourth map of Reverie. It was designed by Michael Jan Krizik (valkiriforce) and uses the music track "Fallen Sun," composed by James Paddock (Jimmy). 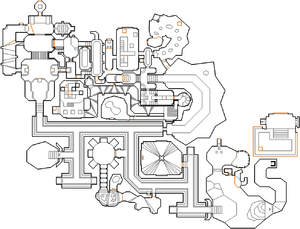 * The vertex count without the effect of node building is 2367.