MAP24: The Descent is the twenty-fourth map of NOVA II. It was designed by U.O.D and uses the music track "Getting Too Tense," originally composed by Robert Prince for Doom II. 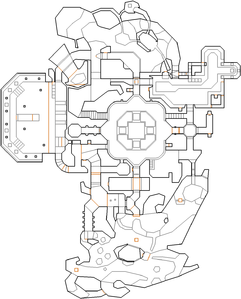 * The vertex count without the effect of node building is 1503.